THE RESTORATION: THE EXAMPLE OF THE HALL-LOUNGE

Since its inauguration in 1932, the villa has undergone major changes. Discover the example of the Hall-louge.

Occupied during World War II, it was converted into barracks by the Germans. Returned to the Cavrois family, the villa was subject to significant changes by architect Pierre Barbe who, at the request of the owner, divided up the space into apartments for his sons.

The decade of neglect between 1987 and 2001 profoundly changed the villa, which rapidly deteriorated. Squatted, it was vandalised and looted for its precious materials: marble elements were ripped out, campfires burned on the floor, electrical ducts rusted and masonry splintered. Trees were growing in the Stairway of Honour! 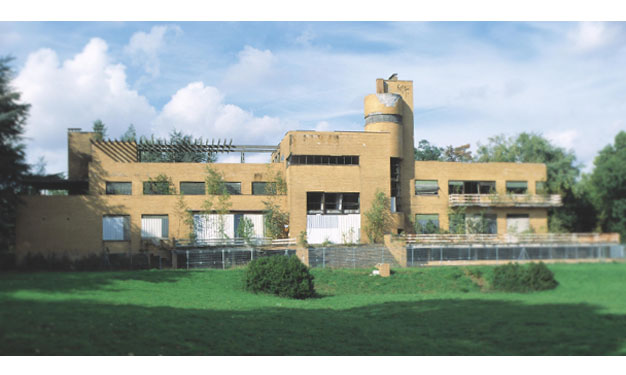 In 2001 the state bought the house and began restoration work. Careful construction over more than ten years, backed up by historical research and made possible by the expertise of highly skilled craftsmen, enabled restoring the villa to its original state.

An upstairs room, the boys' room, was left in its dilapidated state, to testify to the tumultuous past of this historical monument.

Extensive research was conducted to find the original distribution and volumes that the German occupation and the work of Paul Beard had partially done away with.

The décor designed by Mallet-Stevens refused ornament, but used choice materials whose luxury and careful implementation emphasised the family's affluence. Looted in the 1990's, the villa lost most of its marble surfacing. The restoration included a thorough investigation to reconstruct as accurately as possible the marble inlay, from diverse backgrounds (white Italian marble, black Belgian marble, Swedish yellow marble).

During the restoration, traces of old painting were identified. The many colours they reveal could never have been suspected from the black and white photographs that were preserved. The Hall-Lounge was painted green, the shades of which echo the park and Austrian aesthetics. In the rooms of the young men on the ground floor, more vivid colours show the influence of the Dutch avant-garde group De Stilj on Mallet-Stevens.

The parquet flooring of the villa is composed of strips of wood of various species, set using the magnesia mortar technique, which makes it very sturdy. Although badly damaged, the surviving elements have been restored and 90% have been saved. The restoration was carried out by the Belgian company that installed the the parquet flooring in 1932. On this occasion, the Jadoul company rediscovered lost expertise - that of Christmas mosaic parquet.

In order to present the richness and diversity of the materials used, a material library has been arranged in the wine cellar, displaying the original materials and those designed to be identical for restoration.

Mallet-Stevens designed virtually all the furniture of the Villa Cavrois, adapting shapes and materials to the function and décor of each room. This furniture was dispersed at an auction in 1987, shortly after the death of Madame Cavrois. 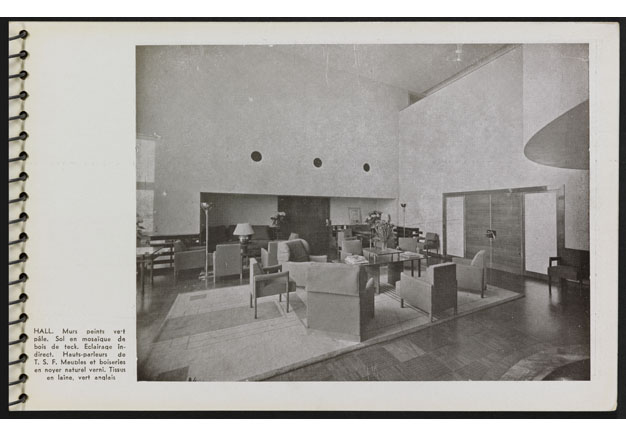 Part of the villa has been refurbished based on archive documents, including photographs dating from 1932, which tell us about the original layout. The furniture of the boudoir, the children's dining room, chairs in the master bedroom, three wall fittings in the vestibule and the ermine sculpture of the Martel brothers have been acquired on the art market, while other rooms were given to the CMN.

The built-in furniture has been very meticulously reproduced by specialised craftsmen. 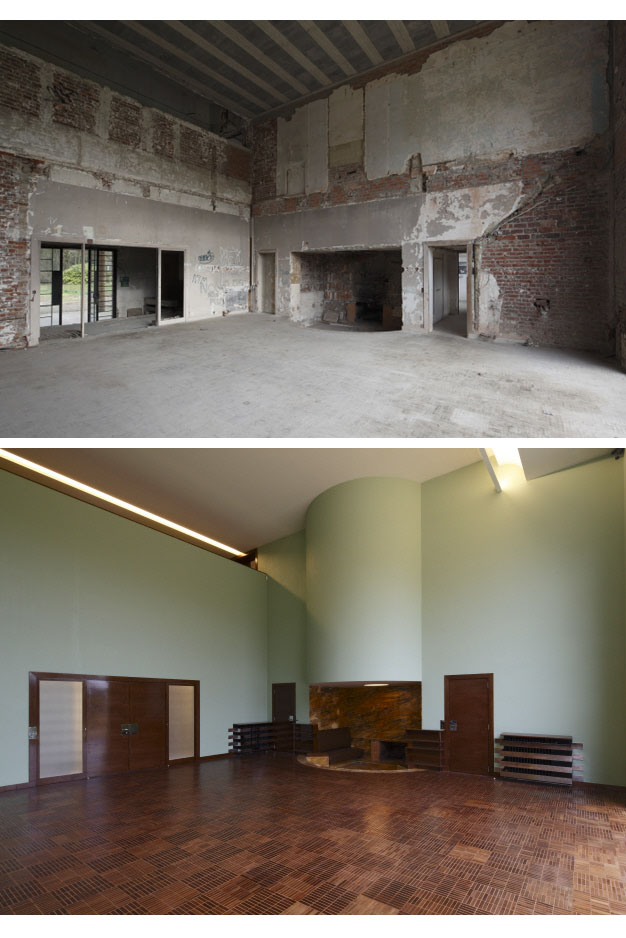 When navigating on the portal site www.monuments-nationaux and the associated monument sites (list), cookies are stored on your computer, mobile or tablet.